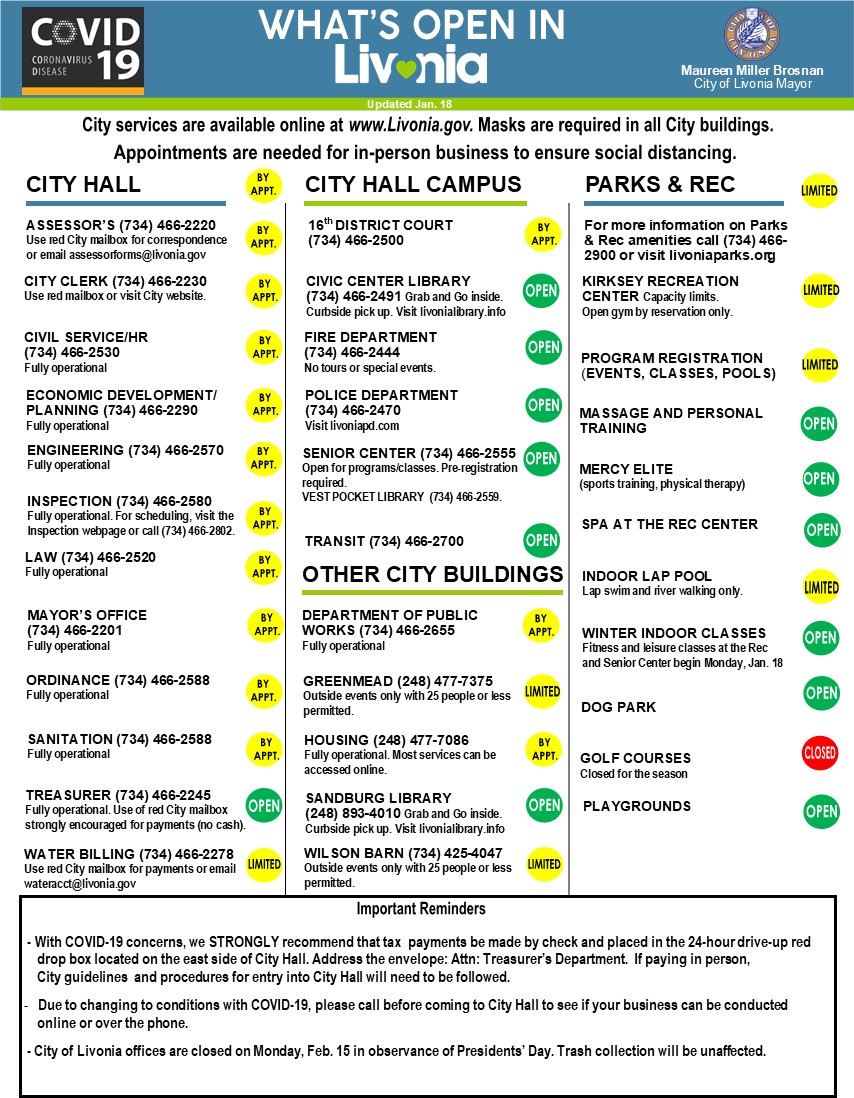 City services are available online at www.Livonia.gov Masks are required in all City buildings.

Appointments are needed for in-person business to ensure social distancing.

Assessor’s (734) 466-2220 – By Appointment
Use red City mailbox for correspondence or email assessorforms@livonia.gov

Spa at the Rec Center - Open

· With COVID-19 concerns, we STRONGLY recommend that tax payments be made by check and placed in the 24-hour drive-up red drop box located on the east side of City Hall. Address the envelope: Attn: Treasurer’s Department.  If paying in person, City guidelines and procedures for entry into City Hall will need to be followed.

-   Due to changing to conditions with COVID-19, please call before coming to City Hall to see if your business  can be conducted online or over the phone.

- City of Livonia offices are closed on Monday, Feb. 15 in observance of Presidents’ Day. Trash collection will be unaffected.

· Bootball Tournament at Bicentennial Park - Jan. 30
A kickball game in the snow with boots!